Laura serves as the Practice Leader and Senior Consultant for the JobfitMatters team. She has nearly two decades of managerial and leadership experience in the Human Resources field. She earned a Master’s Degree in Communication from Wake Forest University and a Bachelor of Arts Degree in Organizational Communications from Miami University in Oxford, Ohio.

Since joining JobfitMatters, she has been instrumental in developing best-practice improvements and efficiencies, building our K-12 network, and successfully delivering our search consulting services to over 100 clients. She and her husband, Alan, have two sons and are active in church, family, and community pursuits.

What others are saying about Laura:

A friend recommended I contact Laura to conduct the search for the CEO of the health share ministry board I am on.  Working with Laura and her team has exceeded the expectations of the board, and the process was done in the most methodical, professional and comprehensive way possible.  Every single member of the board is beyond pleased with the partnership with Laura and JobfitMatters.

Thank you for your leadership in our presidential search.  JobfitMatters was a great partner in our search and wonderful to work with.  We are thrilled with the outcome.  Laura, your enthusiasm brightened the process, and we deeply appreciated how organized and responsive you were to keep us on task.  You have a deep understanding of the process and offered great advice.  You make a great contribution to the kingdom in the way you put your heart and soul in to the important work you are doing.

Prior to selecting them, I personally interviewed three other search firms and prepared background investigations with four organizations that had previously retained JobfitMatters.  Bottom-line:  JobfitMatters was the perfect fit for our institution.  It would be hard to imagine that they could have done a better job in getting us organized, settled, focused, and across the finish line.  I can’t recommend them highly enough.

Working with Laura was an excellent experience. There is the satisfaction of working with an experienced professional who understand all aspects of finding the ‘best fit.’ Everyone wins. 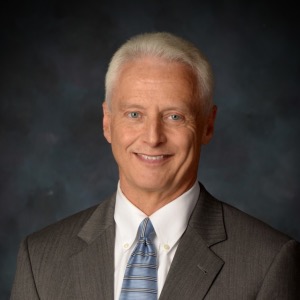 Ed Poff has been a part of SIMA® International since 2003. He served as Executive Director of SI’s 24 practice organization for six years and has flourished in his own SIMA based coaching and consulting practice for the past twelve years. His practice is focused on identifying and applying the unique abilities and talents of individuals to build and maximize high performing teams, and executive and career coaching. Ed has closely partnered with JobfitMatters since 2009 in JFM’s leadership search work with nonprofit and faith-based schools and organizations.

Prior to his practice work, Ed enjoyed 20-years of identifying talent and team building at AT&T. He served in senior management roles, product management, advanced solutions development and was an integral part of building two internet startup companies. Ed participated in AT&T’s two Malcolm Baldridge Quality Awards, and his passion for quality management has grown over the years to include TQM, Lean Enterprise, and Six Sigma certifications.

In addition, Ed has been very active in the communities where he has lived. He has led or served on numerous boards including the New York State Museum, the Hartford Arts Council, three churches, and two private Christian schools. Ed celebrates 33 years of marriage, and he and his wife have four children.

Ed earned a Master’s Degree in Leadership from Liberty University and a Bachelor of Science Degree in Business from James Madison University.

What others are saying about Ed:

Thank you for your leadership in our presidential search.  We are thrilled with the outcome.  JobfitMatters was a great partner in our search and wonderful to work with.  Ed, you brought keen insight and wisdom to the SIMA process, which was very helpful to our committee in discerning the best candidate for APU.

One of Ed’s particular skills is his ability to read institutional context and then use this insight to aid in making search processes fit the particular organizational needs well.  Ed doesn’t use a ‘one size fits all’ approach or process.  Ed not only performed our search with diligence and professionalism, he also continued to monitor and support the on-boarding process within the senior leadership team for a successful placement and positive long-term fit. Dr. Tommy Thomas is the Founder of JobfitMatters, as well as a Senior Consultant in many of our searches. He specializes in cabinet-level retained executive search for nonprofit and faith-based organizations. Tommy has been a licensed SIMA consultant since 1996, and is widely regarded as one of the premier leaders in Christ-centered executive search.

One of his greatest assets is his very extensive network of contacts and connectors in faith-based organizations. Tommy has led more than 150 cabinet-level searches, many of which have included some of the largest and most well-known Christian institutions in the U.S. He has also served on the adjunct faculties of the University of Alabama at Huntsville, Southeastern Institute of Technology, Samford University, and Omega Graduate School.

Degrees he holds include the Doctor of Philosophy from Omega Graduate School, the Master’s in Business Administration from Samford University, and the Bachelor’s in Electrical Engineering from Auburn University. Tommy is the author of The Perfect Search: What Every Nonprofit Board Member Needs to Know About Hiring the Next Chief Executive and a contributor to Christian Leadership Essentials – A Handbook for Managing Christian Organizations, editor: David S. Dockery.

What others are saying about Tommy:

Tommy is very creative in his approach, extremely professional, and provides consulting help beyond the search as a normal course of business.

Tommy Thomas is a search consultant with impeccable credentials and the highest level of integrity. He really delivered.

JobfitMatters’ results have been overwhelmingly positive and productive. The cost matches the quality. They understand the institutions I’ve served. They know the needs. I recommend the services of Tommy Thomas highly…

Annie serves as a Senior Consultant for the JobfitMatters team.  She began her career as a recruiter in 2006 at an information technology recruiting firm, where she held roles in Senior Recruiting, Account Management, Client Relationship Management and as the first internal Trainer for the firm.  She earned a Bachelor of Arts in English with a minor in Business from the University of Tennessee.

Since joining JobfitMatters, she has delighted in working with a stellar group of professionals who work tirelessly to fit leaders with the right schools, universities, ministries and non-profits. She and her husband, John, have a daughter and three sons and are active in church, a very large extended family, and community pursuits.